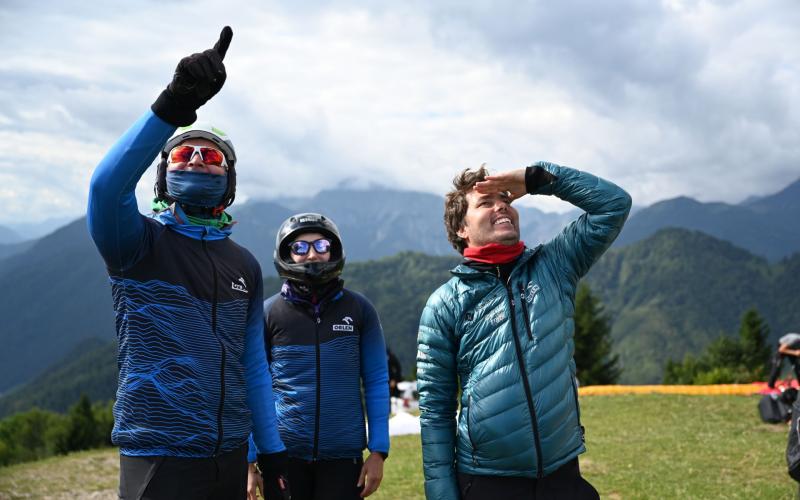 The weather wasn't cooperating much today, as in the beginning of the day the prediction was for strong NE winds. That's why we decided to go up at 1 pm. The task committee had a very hard nut to crack setting up the route. In the end a short 30km task was planned with goal in Kobarid.

It turned out to be crucial to gain as much altitude as you could in the first thermal and respect it on the way. It was also crucial to pick a good line, as the entire valley was already in the shade with very little chance for thermals. Majority of pilots landed in Kamno and only a few managed to gain a couple kilometres more.

The winner flew a whopping distance of 16.14 km - it was Stanislav Klikar from Czech Republic. In this competition he is flying a new wing that he designed himself. The brand is called Drift and the wing is Hawk - a high-end EN-B, that was certified only a week before the start of the competition!